All About Chargebacks | Fraud Basics and Solutions | Sift

All About Chargeback Disputes

The chargeback dispute process is not straightforward, and can be incredibly frustrating for merchants. That’s why it’s important for companies to proactively avoid disputes and chargebacks in the first place whenever possible.

The major players in the chargeback process

First, it’s important to know all of the players and their roles within the chargeback process.

Buyer: This is the person who first files a retrieval request with their credit card company—they start the whole process with a transaction dispute.

Merchant: Seller of the goods and must either fight or accept the chargeback.

Issuer: The bank that the buyer’s credit card is connected to and used to purchase the item or service.

Credit Card Company: The organization that oversees the process. As noted below, some differ in their procedures than others (American Express and Discover).

If a customer presents their bank with a valid reason that they shouldn’t have been billed for a particular charge, the bank can issue a chargeback against the merchant. This chargeback retrieves the purchasing funds from the merchant and returns them to the customer’s account. There are several steps in this confusing process, all laid out for you here.

First, a word about timing: a cardholder generally has up to six months to dispute a charge on their card. Once initiated, the dispute may not reach the merchant for another several weeks. It’s typical to see fraud chargebacks roll in 2-3 months after the initial charges took place.

The chargeback process can last from one month to six months. It depends on the chargeback reason code associated with the dispute. But cardholders and merchants have different time limits. Here's what you need to know about the chargeback time limits that involve MasterCard and Visa transactions.

Not all card associations (that is, the companies that own a card’s brand, such as Visa, MasterCard, American Express, and Discover) issue retrievals, and they aren’t issued for every chargeback. However, if a bank does levy a retrieval, it comes in the form of a request for information. The merchant has the opportunity to argue against the validity of the dispute and provide information supporting that assertion. The card association passes this information back to the issuing bank—and that may be the end of it. However, if the issuing bank presses the issue (or if there was no retrieval request in the first place), the bank then charges the disputed transaction back against the merchant’s account.

When a transaction is charged back, the acquiring bank (via the card association) retrieves the money from the merchant’s account, and tacks a chargeback fee on top; not only does the merchant lose his sale and his merchandise, he also suffers a fee. A reason code, specific to the card type, accompanies each chargeback, indicating why the cardholder is entitled to a refund. A merchant can refute these reasons, using specific evidence outlined by the card association’s policies. Generally, if the chargeback is for merchandise not received, showing proof of delivery may help to refute the request (with varying levels of proof depending on the card type and the transaction amount).

If the chargeback is due to fraud or because the cardholder did not recognize the charge, proving a merchant’s legitimacy may become a little more challenging. Showing that the merchant shipped physical merchandise to the cardholder’s address, with a positive response, is acceptable proof. Additionally, it is possible to clarify the issue by providing supporting information or documentation proving that the cardholder did in fact make the purchase. The standards here are less cleanly defined, but details like account history or shipping address verification can support successful chargeback disputes. Unfortunately, a successfully reversed chargeback may not reverse the attached fee.

Additionally, it is possible to clarify the issue by providing supporting information proving that the cardholder did in fact make the purchase. The standards here are less cleanly defined, but details like account history or shipping address verification can support successful chargeback disputes. Unfortunately, a successfully reversed chargeback will not reverse the attached fee.

We're near the end of the chargeback process. The issuer reviews the chargeback claim and the merchant's compelling evidence. Each card network requires specific information to prove or disprove a dispute. The required information is typically listed in the network’s rules and regulations.

Congratulations! The compelling evidence has disproved the cardholder’s dispute. The issuer will decline the chargeback and inform the cardholder. Afterwards, the card network pulls the funds from the issuer and sends it to the acquirer. The acquirer will then place it back into the merchant commercial bank account.

That's a shame. The compelling evidence did not disprove the dispute. The issuer upholds the chargeback and the cardholder will keep the refund.

Fees, Fines, and Worse: the True Cost of Chargebacks 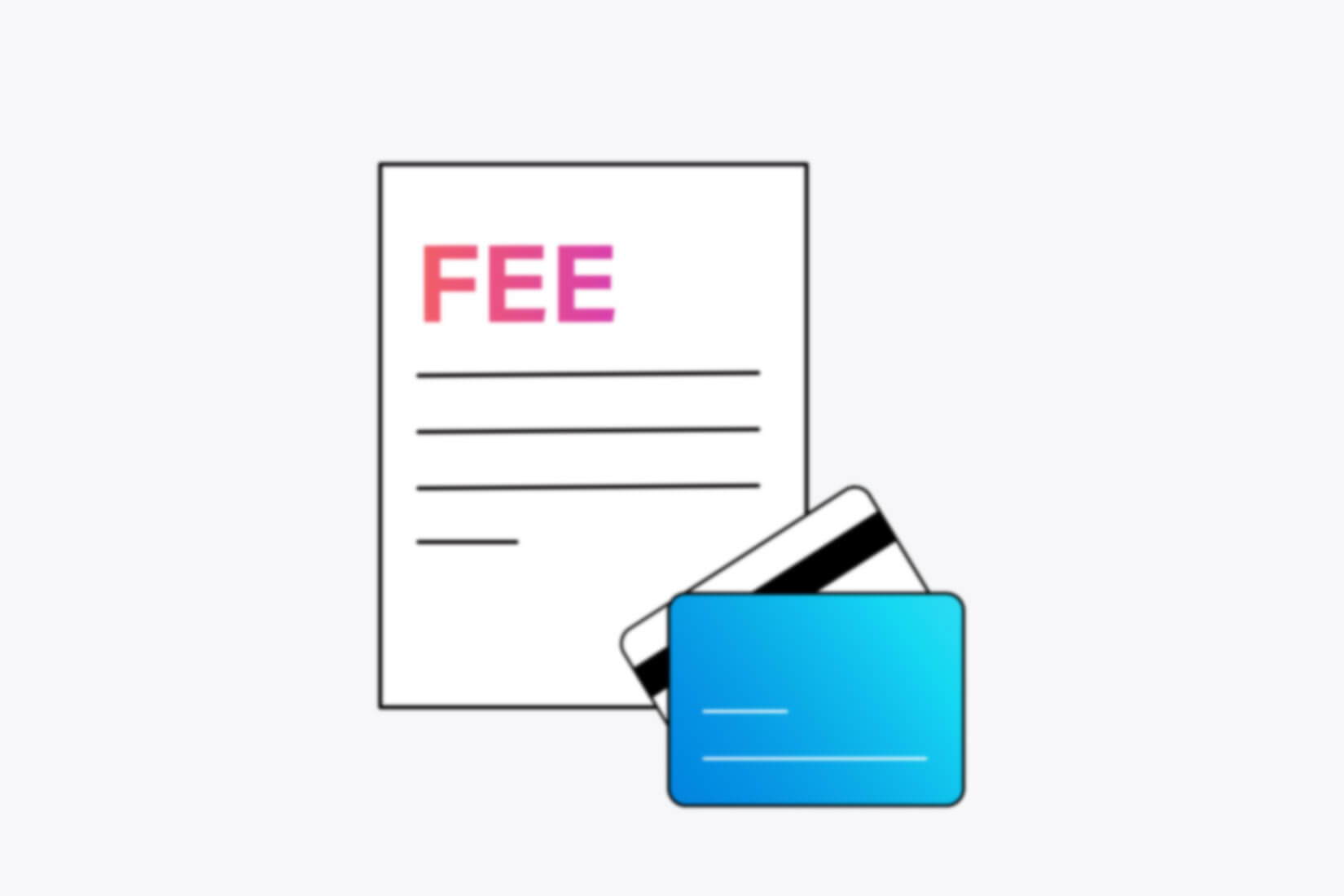 When a merchant receives a customer dispute, the amount is immediately pulled from their merchant account. Which means the merchant is now guilty until proven innocent. Merchants are allowed to respond to the cardholder's claims with a dispute response. By submitting a response document with the correct compelling information, the merchant can regain the transaction amount that was lost. So, there is the initial cost of a dispute: losing the transaction amount.

When a merchant receives a dispute, even if they submit a dispute response proving that the customers' claims are wrong, they will receive a dispute fee. A dispute fee is charged to the merchant whenever a dispute happens. Why do processors tack on an additional fee for chargebacks? Just like merchants, processors have a business to run, and as you know, chargebacks are a time-consuming process all-around. These fees are intended to cover the costs associated with data transmission, the chargeback itself, and coverage against the chargeback exposure for the processor—that’s the dispute fee.

As was mentioned previously, the only way to regain the transaction amount from a dispute is to create and submit a dispute response document that disproves the cardholder’s claim. The creation and submission of this document requires labor and time. Which means merchants have a: dispute response creation cost.

As you can see, there is a lot more that goes into the cost of chargebacks for merchants than just the loss of the transaction value. But there are a couple of things merchants can do to prevent and lower the cost of disputes.

As outlined above, a chargeback fee accompanies every chargeback, and this fee may remain even if the merchant is able to get the chargeback itself reversed. Additionally, Visa and MasterCard have special programs for merchants who experience an excessive amount of chargebacks.

These programs come with increased fees and potentially steep fines, totaling in thousands (or even tens of thousands) of dollars every month.

Finally, if a merchant continues to experience a high frequency of chargebacks, the card associations (Visa, MasterCard, American Express) may revoke that merchant’s ability to process payments using that card type.

How to Stop and Lower the Cost of Chargebacks

Preventing disputes from ever happening

The first step merchants can take to lower dispute costs is to take preventative measures to stop disputes from ever happening. To do so, merchants need to understand the four types of disputes that can occur. True fraud disputes result from a fraudster getting a hold of credit card credentials and successfully using them at a merchant's site or store. Because it is the merchant's responsibility to prevent fraudulent transactions, these disputes are not winnable for the merchant even with a dispute response.

The next type of dispute that is not winnable for the merchant is valid disputes. These happen when the cardholder has a legitimate reason to dispute the charge. For example, they never received the product because of a logistical error, never received their refund, the product they received was damaged, etc. To prevent these types of disputes, merchants need to keep an eye on all sides of their operations. If you are receiving valid disputes, make sure you track what reason codes you are receiving. By doing this, you can pinpoint where your operational problems are happening and fix them.

On the other hand, chargeback fraud and friendly fraud are winnable disputes for merchants. Chargeback fraud disputes happen when a cardholder is disputing a charge out of malicious intent. This fraud can be rooted in buyer's remorse, wanting to sell the product for profit, a disgruntled customer that feels wronged, among other reasons.

Friendly fraud disputes come from a confused customer that is accidentally disputing the charge. Friendly fraud can happen because of simple forgetfulness, a family member making unknown purchases, or an unclear merchant descriptor.

For friendly fraud and chargeback fraud, it is extremely difficult to detect before the transaction happens because it is your actual customer who is disputing the charge. That is when tools like VMPI can help merchants prevent disputes. With VMPI, the dispute analyst can use transaction details to decide if the dispute is invalid and prevent it from being filed. In cases of friendly fraud, the additional data helps jog the cardholder's memory about the purchase. And in cases where the cardholder is trying to intentionally misuse their chargeback rights, the extra layer of confirmation acts as a critical deterrent from proceeding with the dispute.

Cutting the cost of responding to disputes

After doing all you can to prevent disputes from ever happening, merchants need to create the most effective way to respond to the disputes that do happen. When a merchant has the most efficient system set up, it will help regain the most revenue possible. There are a few aspects of the response process that merchants need to focus on to make that happen.

The first is to make sure your team knows the exact evidence they need to submit based on the reason code, transaction type, and any other transaction modifier. The second is creating a method that allows your dispute team to find the necessary evidence for the dispute response quickly. The way merchants can make this happen by establishing a knowledge base that can tell the dispute team what information goes in the response document. Merchants can use templates, spreadsheet workflows, homegrown systems, or dispute management software. The combination of correct evidence and the ability to quickly create a response will result in an increased win rate and lower cost in labor.